Lughnasadh and the Woods 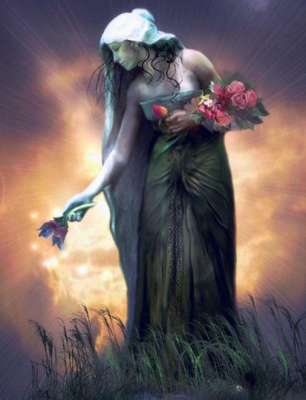 ... but this is the farming season festival I have a challenge with.

Imbolc the seeding,
though few can actually seed at this time now.

Bealtaine the blossoming
and, of course, fertility.

Lughnasadh the harvesting
though some say first harvest;
Mabon being second harvest.

Samhain the storing for winter
or some say third harvest.

Lughnasadh is a time for celebration of a new harvest, some say first harvest. Whatever it is called, now is our most lush and abundant time here in the
Northern Hemisphere, especially between latitudes 45 degrees to 60 degrees.

A tale is told, in many ways, about a woman called Tailtiu clearing the forests of the chieftain kingdoms of Brega, Mide and some say Breifne too, though I doubt these names or their boundaries existed in De Dannan times. She cleared them to make way for the Tuatha De Dannan farms while also being foster mother and mentor for the warrior, master of many trades, hero and eventual chieftain and high king Lugh.

Through all of this intense work, Tailtiu died of exhaustion at the time of harvest when Lugh became High King at Tara. Lugh declared the festival be a time of harvest feasting to honour his foster mother making the land available for growing food, and Lugh also hosted games to honour her mentoring of his skills, competition and warriorship.

I am challenged by the story behind this celebration because it pains me,
like it pains many people, to hear of rain forests and other wild landscapes
being felled and cleared to increase farmed land and food yields.
It also pains me to read of battles and conflicts

... yet here is a celebration of man, well a woman, defying the provisions of nature and replacing this with the human dominating skills of farming. 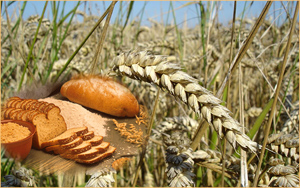 Today, without farming, we would not survive. We would starve. We are generally not a species capable of sustaining our lives with what nature provides us in ways untouched by human hand.

The mesolithic hunter gatherers have now been identified by scientists as being a different species to what many of us are now, though their genes are within us too. The megalithics seem to have been a transformation into new human species dependent on grain harvests, and clues are emerging that this started in what is now Turkey, maybe 12,000 years ago.

Is this the origin of the "white man"?

Aside from this, I find it interesting how more and more modern humans of today are claiming to have allergies to grains?

A lot of the mythology stories seem to be some kind of conquest between a nomadic race and a farming race. Examples are the nomadic Formorians against the farming De Dannan, or various nomadic seafaring Norse races against the land based farming Saxons and Celts. In more modern history, the first nations of the Americas against the land settling and ranching white men.

In Britanny, there is a story that the nomadic woodland people set the rows of stones at Carnac as a defiance against the stone cairn structures of the incoming farming races. A defiance that said "look we are strong too and can set stones too, so don't push as around!".

The tales of the Picts against the Ghaels seems to be an extension of that Britanny situation with the Picts being woodland people of meat, berries, apples and herbs and the Ghaels being the people of grains and roots. The Pict and Ghael language origins, though both called Celtic, are quite different too. Today this can be seen in differences between Welsh and Irish. 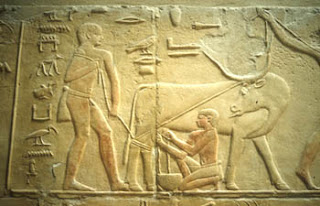 Some say DeDannan animals were not raised for meat but for their blood. Animal legs would be cut to drain blood to bind their grains and flour for winter protein food. This is the origin of black and white puddings served at Irish and Scottish breakfast tables today. Also, cattle were very important for milk.

Farm animals were currency, wealth and position then. To butcher them may have been like us burning money today.

To bring this all up to date more,
Lughnasadh hits me with a new relevance in Erin today.

Apparently, the Irish Republic has the least percentage of woodland cover, under 7%, than in any other EU country. I'm going to spend time to verify that. Maybe you can let me know before I do this?

However, this stat seems to be verified in the attitude of many people I speak to, today, about woodlands and forests here in Ireland. It just seems few people really care about forests and woodlands. Many would just like to see the trees felled down and turned into cattle farms as that is where the growing money is right now. Interestingly it seems to be the women to be more eager to clear the trees than men. A little bit of Tailtiu in the female psyche here?

The only people I talk to that seem to care about trees, woodlands and forests are folks not born into Erin but born into lands where woodland were and are still precious. 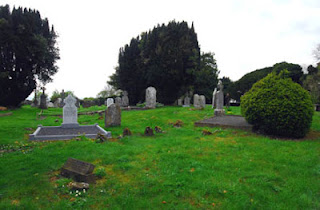 Here in Erin the priority and passion seems to be more towards churches and stone structures. If there was ever a choice between preserving a 2000 year old human created sacred building and a 2000 year old tree ... it is probably the tree that would have to go.

This is one reason for my passion for Bards In The Woods
so that if such a decision is ever to be made,
nature is respected more than man's own ego and images of human ego. 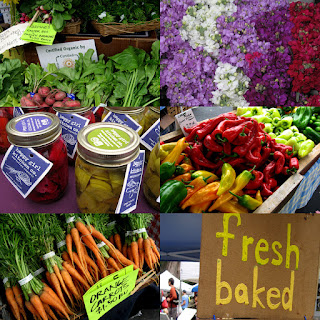 Having said all this, at this Lughnasadh time I am always deeply in gratitude
for the sudden bountiful harvest from our gardens and local small farms.
The farmer's markets are overflowing with fresh quality produce
and other food at the lowest of prices.

This is a gift time. Nature has allowed us our way to abundance,
despite us attempting to overpower its own flow of ways.

This is such an abundant time for feasting and picnics and sharing.
It is truly the time of the sun (though that is often debatable)
And it is truly a time we have lots of fun.

Once more, humans have overcome the gauntlets of nature
It's festival time ... let's go !!!

... but be ready to return to the woods soon
and the true life that the woodlands provide,
as important nourishment is awaiting you there. 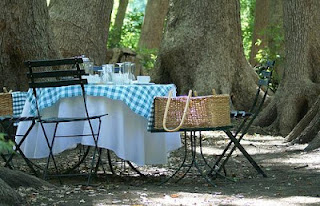