Irish Government Decides No Forestry Sell Off (careful now, this is a con trick)

Is this something to celebrate? 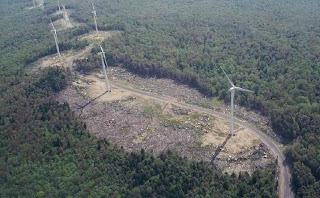 "While the rest of the Oireachtas steadies itself for a long sleepy summer, Howlin's department is hitting the accelerator as the pace of State asset disposals increases.

Semi-state forestry company Coillte will not be sold but is instead likely to be merged into Bord na Mona to create a vast State bio-energy company. This new renewable behemoth will form the centre of State plans to ramp up green energy production through large numbers of wind farms, with excess electricity being exported to the UK.

The financing for this ambitious programme is likely to come from a variety of sources, including the National Pensions Reserve Fund and EU funding.

State asset manager New Era is likely to be overhauled to become a new State investment bank with a focus on funding this bio-energy and other major State development projects."

click here for the article published by the Irish Sunday Independent

Actually this could be a very sneaky way of deciding
Sell Off Forest Harvesting Rights. 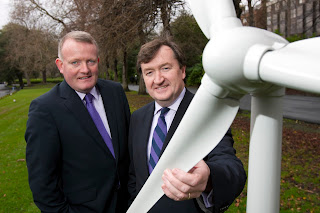 State owned Bord na Mona is best known as the gigantic peat turf energy company, still cutting and burning huge amounts of turf while the local turf cutters of Ireland are told to hang up their sleans because it is illegal to use them now.

Bord na Mona is now the developer of gigantic wind turbines defined as being the new miracle to clear Ireland's debt through the sale of 'green' energy. 'Green' no longer means 'Sustainable' but is now the morally justified version of the word 'Greed'.

With Bord na Mona and Coillte merging I feel this is the same disaster about to happen when OPW, the department that oversees expanded road building, merged with Duchas who used to manage Archaeological Heritage ... and within months the M3 highway went into construction to slice through Rath Lugh and bury newly discovered heritage near the Hill Of Tara.

I think a Bord na Mona and Coillte merger is worse
as this is about threat to life. 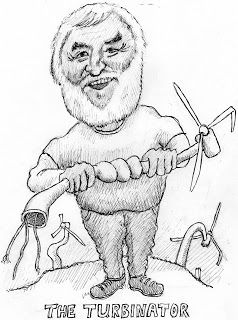 Not just our lives, but I'm thinking of all kinds of wildlife including bees and insects and fungi.

One thing for certain is that this is not about Bord na Mona giving up land to allow more forestry.

I am sure its about Coillte giving up more forestry land for  "Green Energy Production" - and I've said what I feel 'Green' means these days.

I will not make this blog post endless by describing why I personally despise supersized wind turbines, but UK's David Bellamy's report covers much of the stuff ...

What will happen next?

What I fear that agreement means is that the New Bord ya didn't see that comin' Coillte Mona will clear fell lots of former Coillte trees to sell them off for quick buck pension funds, then erect many more of these Supersized Wind Turbines and tell the world how super eco friendly Ireland is.

We are all supposed to know how much greener and cleaner Wind Turbines are compared to dirty 'ol Carbon Concentrated Trees.

I'm, angry, yes I'm angry at this
Wool Over The Irish Eyes decision !!! 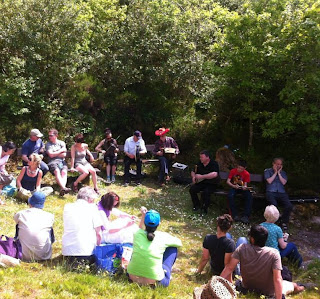 More than ever I feel we need to occupy our forests
much more than we have ever done before.

They must be chosen as our preferred places of leisure and pleasure and through doing so they are less likely to be taken away by this new intended national Bord na Gotcha giant.

The ultimate is the forestry being managed by local co-operative management groups, but that is many years away.

The first step is to build the local forest cultures so that forestry again is as close to us as eating our meals, having a bath or shower, watching TV and even browsing Facebook.

What would you prefer in your neighbourhood, the twittering of happy birds hopping around your forests trees or the near silent gnawing hum of wind turbines ... that have already made 1000s of people feel ill?

I am convinced energy from trees is more effective and more sustainable than from wind ... mainly because the main thing not considered is energy conservation.

Please join your local county, or even more local, Walks In The Woods groups and continue having fun with them and enjoying better well being for yourselves, family and where you live.