August 28, 2014
24th May 2015, second day of National Heritage Week in Ireland and we offered a picnic session close to Innisfree, or Inishfree as some spell it, Island. 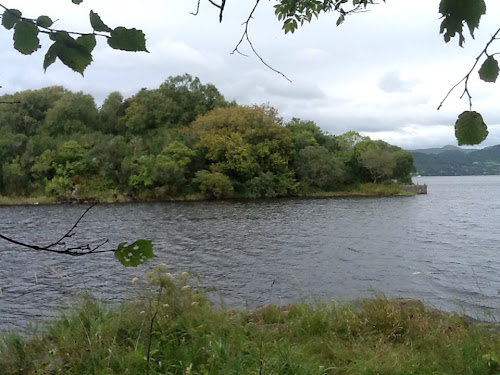 Unfortunately, Heritage Week literature had changed this to Monday, 25th August, and despite that being a serious wet day there were more people interested in that event, and upset I cancelled ... than who appeared on the lovely Sunday afternoon the day before. 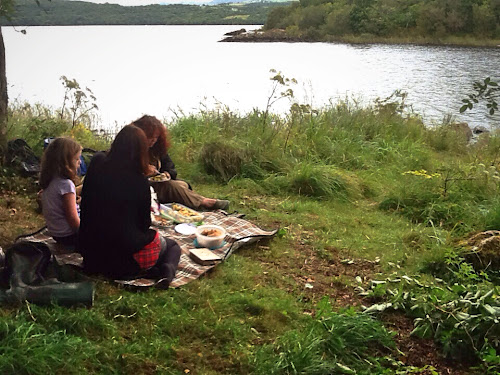 After some good eating we rested and lulled for awhile as the lapping of the water was lulling us to sleep as the sun was also breaking through the clouds and the afternoon was getting warmer. No midges, flies, wasps or similar to make us restless.

Taliah, noticed a hazel nut above in the tree, I noticed another and so we entered into a game of hazel nut spotting ... 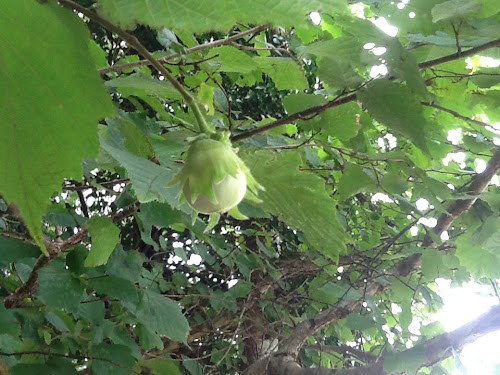 As we were Bards In The Woods we thought we had better do some Barding.

Donijka had brought along an ancient book of Yeats poems that I think she said was 100 years old. It looked beautiful with its gold plate cover. Each of us shared the book to recite a poem.

First was Donijka with 'Lake Isle Of Innisfree.


Then Jan with her favourite 'When You Are Old'


and then me, who did not know what to do but Donijka suggested 'Two Trees'


As usual at Bards In The Woods, time races past, 3 hours passed at a blink.

We packed up the picnic things and said our farewells.

Oh, I almost forgot. I noticed an old well on an old map right beside where we were picnicking. I went off for a hunt, and found it. It was all dried up, but I was delighted it was there.

Here is a bit of the old map with a wee pic of the well remains :-) 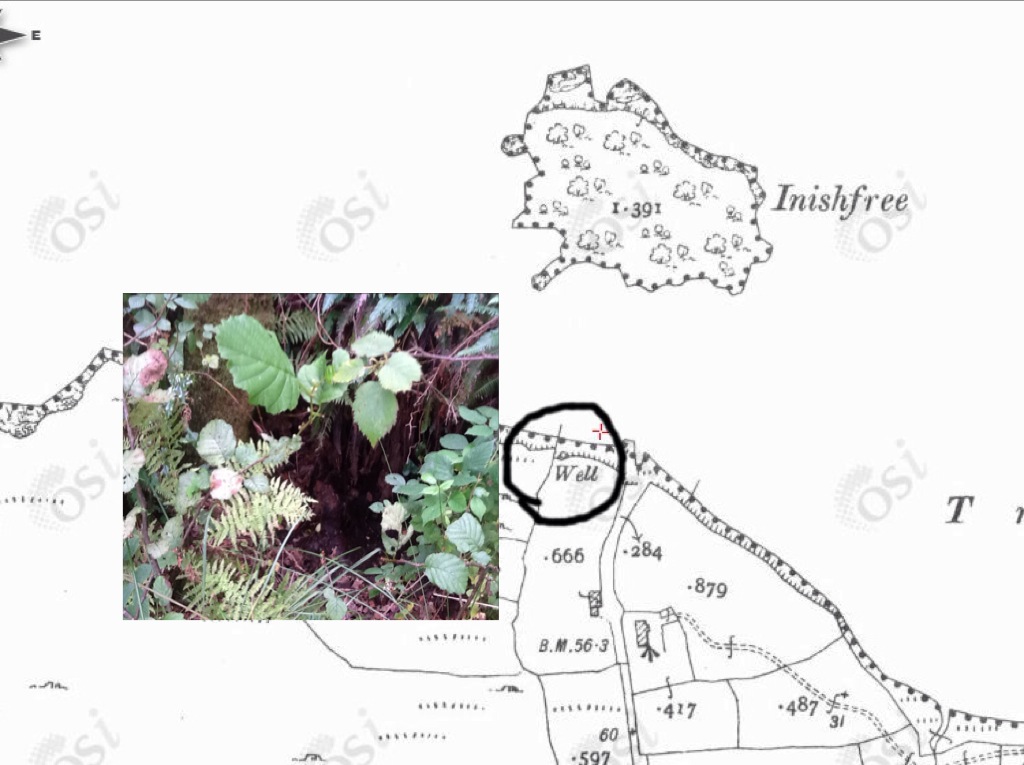 This blog post has far fewer pics than I normally post after a Sunday, but what I have done is wrap up the pics of the day with some from Bards In The Woods here in 2013 and 2012 and an earlier group from 2009.

All of this is wrapped up into Claire Roche's version of 'Lake Isle Of Innisfree' put into song with her own composed tune. I trust you will enjoy this.


I will arise and go now, and go to Innisfree,
And a small cabin build there, of clay and wattles made;
Nine bean rows will I have there, a hive for the honeybee,
And live alone in the bee-loud glade.
And I shall have some peace there, for peace comes dropping slow,
Dropping from the veils of the morning to where the cricket sings;
There midnight's all a-glimmer, and noon a purple glow,
And evening full of the linnet's wings.

I will arise and go now, for always night and day
I hear lake water lapping with low sounds by the shore;
While I stand on the roadway, or on the pavements gray,
I hear it in the deep heart's core.


written by William Butler Yeats in 1892.