October 06, 2014
Mullaghmeen, not far from Oldcastle, about 8 km, and is handy from Castlpollard, is perhaps the prime forest of Westmeath in the Midlands that is not exactly celebrated for its walking woodlands. 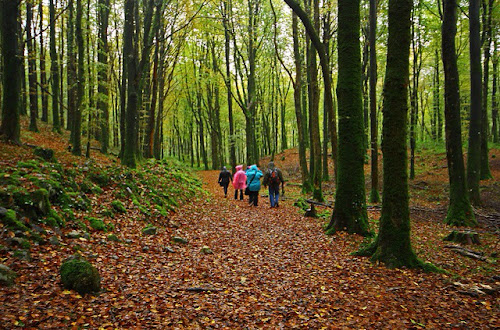 Actually, most people bike around this forest. It is popular with families who bring along sets of bikes sized to suit every member of the family from the big wheel large stem saddle up into the rear end of 'dad' to the mini-wheeled ting-a-ling bell and dangling ponies molehill bike of the youngest daughter.

Time to have fun exploring the forest myself :-)

Over 400 hectares of trees here at Mullaghmeen. 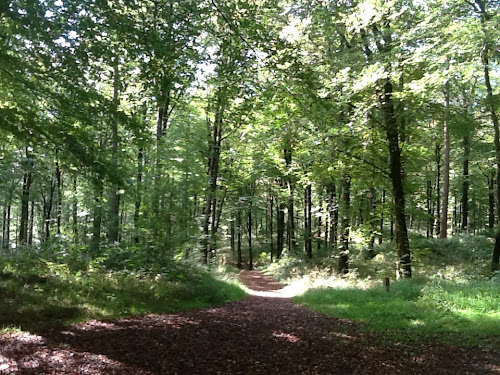 There are the all too frequent sitka spruce and fir trees here, but this is also the most extensive planted beech forest in Ireland. I have been told that this was the first first forest planted when Ireland became independent.

These beech trees means beautiful colours through spring and autumn, and carpets of bluebells in early May. Beech forests are also wonderful for spreading penetrating sunlight through their the leafy canopy. 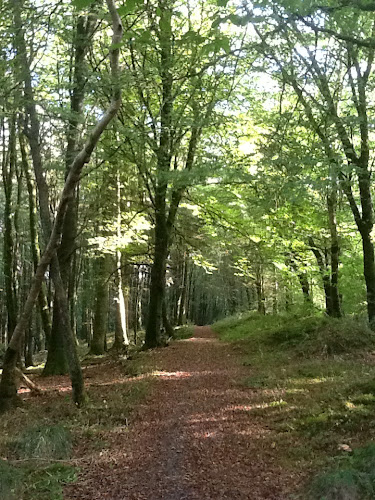 Quite a distance along the track, from the car park, is a section of the forest has been planted with native Irish species. 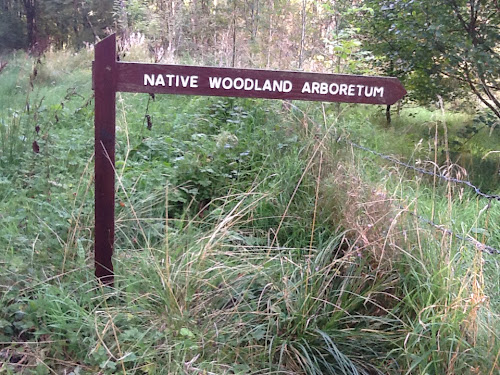 Sadly, through lack of attention and care its seems most of the species have been strangled with brambles and have done away. 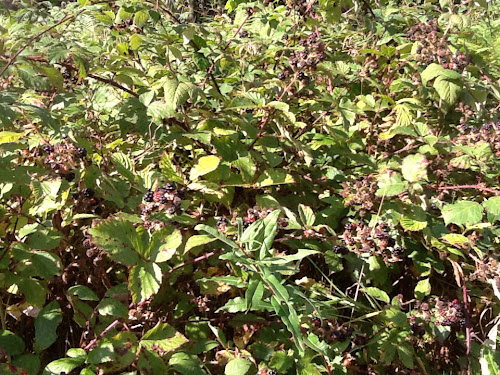 It was a brave attempt, I suppose, to create a bit of Native Woodland and show us what the native trees are as Ireland badly needs to preserve these trees and have them spread around the country more.

In this little arboretum there are whitebeam, hornbeam, wild cherry, bird cherry, 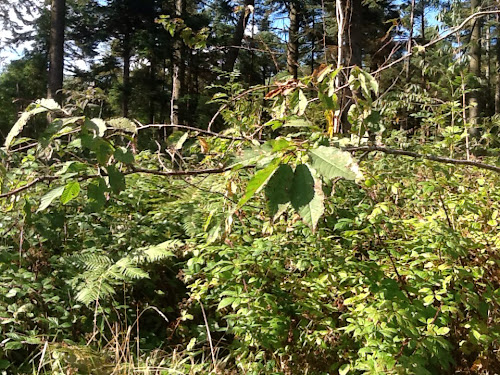 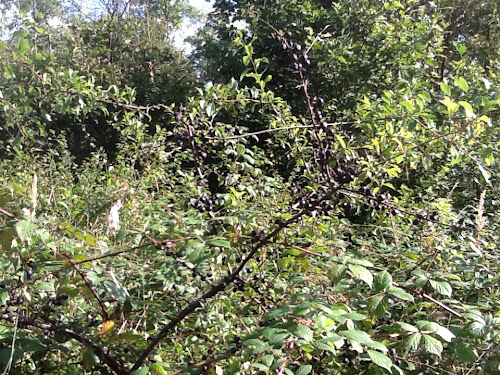 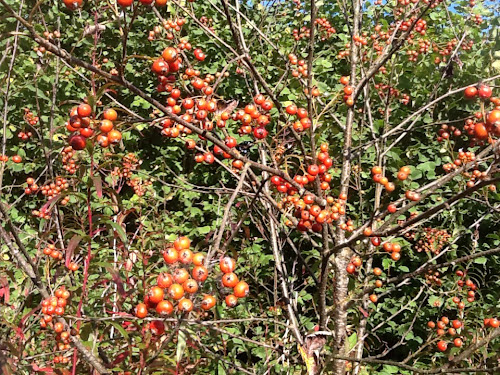 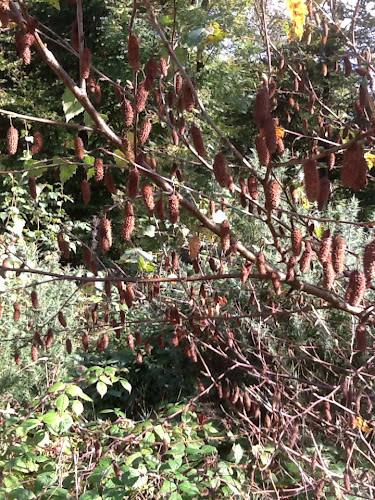 After going down a bit again, there is an unsigned track that goes upwards quite steeply, but still easy to walk, that rises above the trees. On this day it was into basking hot sunlight.

At 261m, 894 ft, I was at Westmeath's highest point. Remains of an ancient cairn are there, 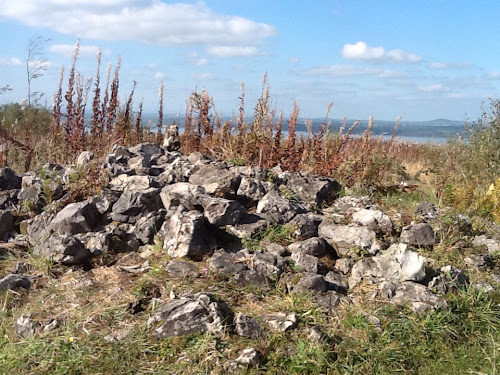 and the view is amazing. This is the place for a picnic too, if you do not mind tramping your picnic gear for about 3 km and then uphill.

I could see Wicklow mountains, Mourne mountains, over to Co. Sligo's Ox Mountains too.

Below is the very majestic looking Lough Sheelin, looking very blue today, with its islands and broad-headed peninsulas and shores bordering the counties of Cavan, Meath and Westmeath.

After a good rest here, down I went again, back into the forest, and there was a sign pointing to The Carn there. 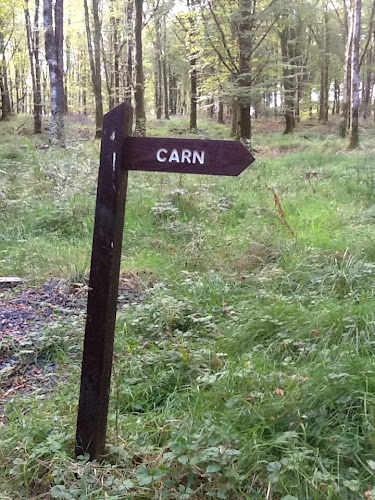 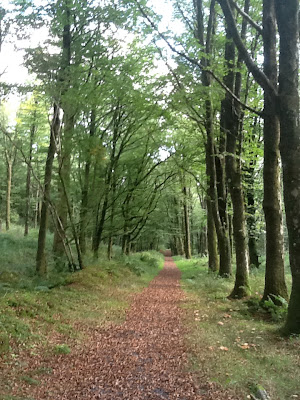 and I arrived at the remains of what is called a Booley Hut here, 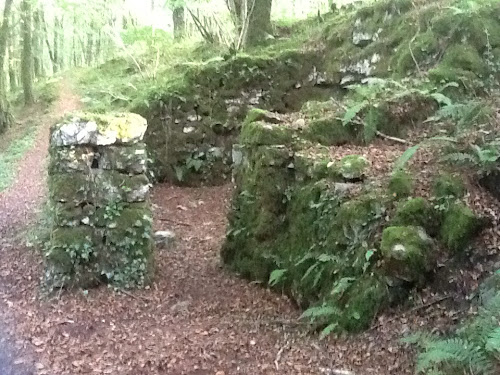 Its where transient workers once stayed while herding cattle, maybe sheep, and also set up a primitive kind of creamery to make cheese and butter. In Scotland they call these Bothys.

At one point the path started winding 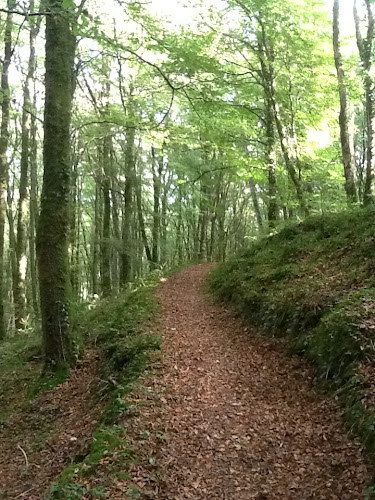 and I found myself beside the remains of the retting ponds where flax was once steeped into to 'ret', rot the inner stalk away from the fibres, so a material is left for spinning. For some reason I did not take a pic of here ???

Returning to the car park after walking a a good 7 or 8 km here, I pondered quite awhile on a seat here.

I'm not sure that I will ever return here again. I miss there not being a water feature like a flowing river, pond, shoreline or active holy well.

With the reed beds, famine areas, bothy, cairn, and even the fairly uniform rows of tree planted just after Independence there is a lot of reminder of injustice, manipulation, oppression, control and deprivement of human beings here.

However, to the many people of Oldcastle, Castlepollard, Granrd, Kilnaleck and nearby, this is a precious forest for the people.

Also, the biodiversity of fungi, 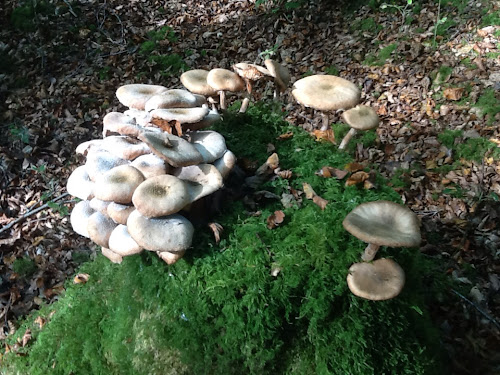 wild sown tree plants and other wild plants, ferns and mosses dows remind that nature wins in the end, 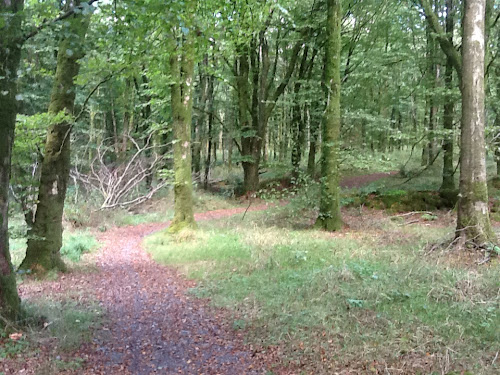 and make this a happy flowing challenging space.

I like this map that shows where I ventured : 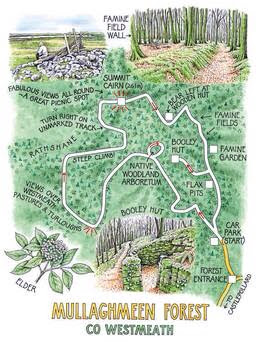