May 18, 2015
Bards In The Woods, Sunday 17th May was at Lough Key Forest. I am always reluctant to encourage Bards In The Woods here, but we always seem to get a decent turnout when we do ... But today just one person turned up!

The forecast was for rain showers and cold wind, but we enjoyed a dry afternoon with no wind, and not too cold. Very few people in the park generally though. 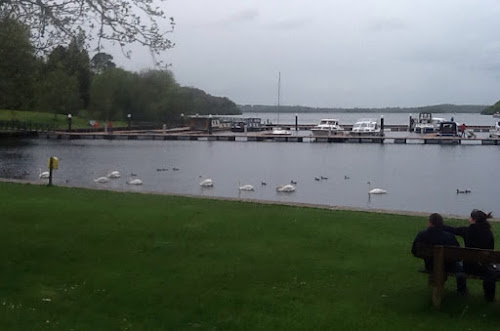 The meeting place was by the marina where people feed ducks and swans. Always a concern for their heavy diet of white bread.

Only one heritage boat in and one barge among the toothpaste tube boats as some people call them. So off we went.

First stop, as always, is among the cluster of redwood cedars where children love to play ... 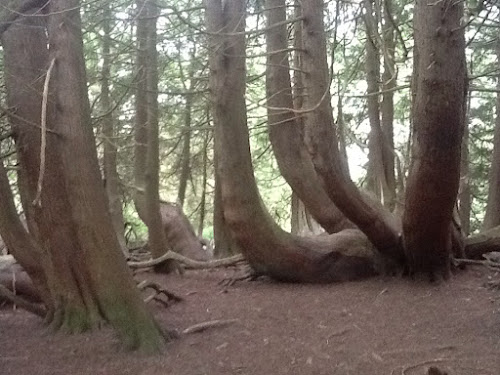 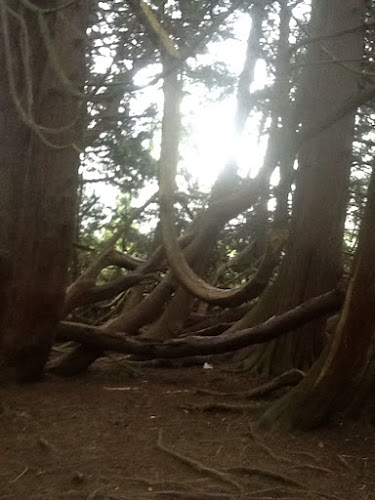 Next up was the Fairy Bridge ... 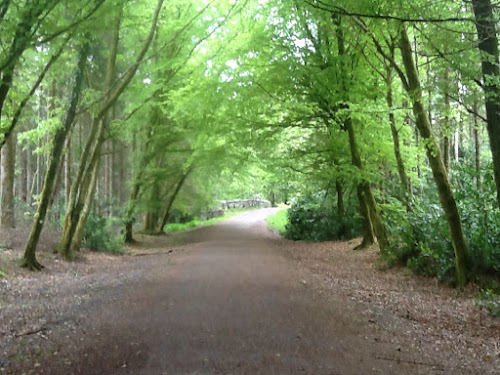 There seems to be no clarity in why the bridge is named Fairy Bridge, though it is semi abstract folly and it is near a fairy ring. 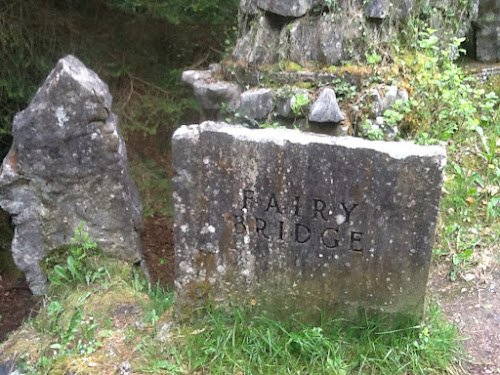 My idea for the afternoon was to get to the Bog Garden which we have never done on Bards In The Woods. We usually get to the fairy ring and Drumman's Island but a lot of people find that is too much. Coolest on had never been here before so a detour towards the biggest fairy ring here it was. 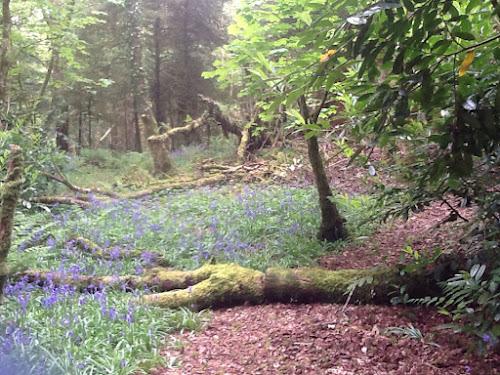 Bluebells are very blue here inside the ring 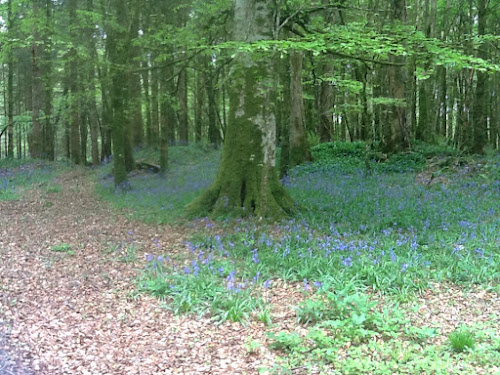 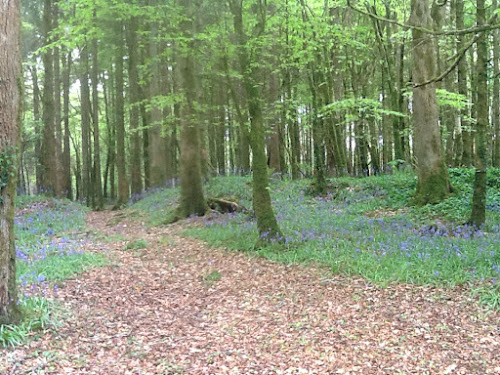 There's an example of a rare coppiced Yew here. 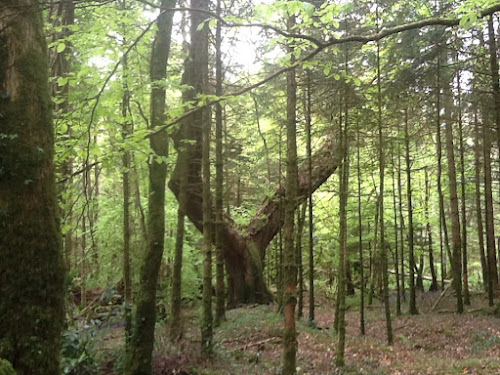 We talked about how wild flowers are abundant in fairy rings. I wondered if there is a connection to how and why we take flowers to graves. These rings, or forts, are called fairy rings as the people in them were wiped out by plagues and diseases.

People would not deal with their dead bodies for fear of catching the plague. It was believed the fairies would look after their spirits and remains. We wondered if, when it was safe to return here, people brought wild flowers to plant to honour those passed away and to please the fairies?

So onward we went over the Fairy Bridge and a very nice surprise ... 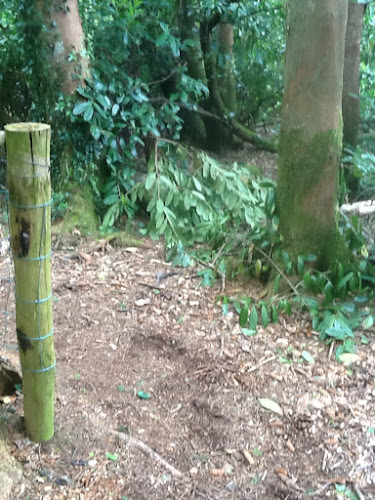 The Canal Walk, my own favourite Lough Key Forest walk, is back open.

A view from the start, under the Fairy Bridge 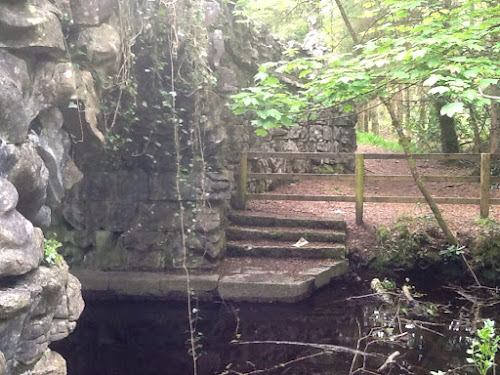 Unusual Beech trees here, or are they beech? The bark is baffling and I was amazed how much in leaf and how green they are? 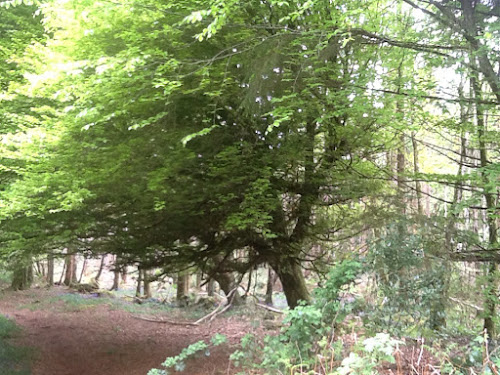 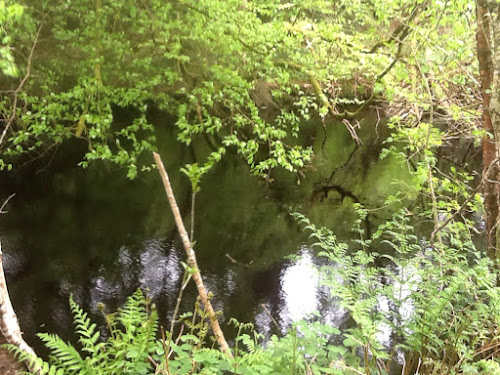 There were also two new walking trails being built through the forest. I did not take pics or explore further. I must come back mid week and look further.

Continuing along the Path, among here are young Alder trees that inspired me to write Fearn The Alder one very windy day here. 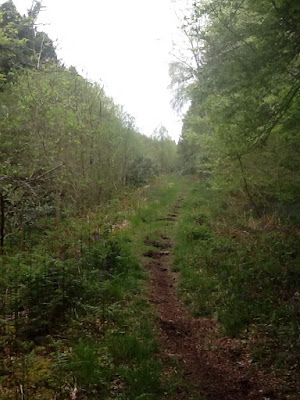 There was a lot of these small white flowered water plants. Are these Crowsfoot, please advise? 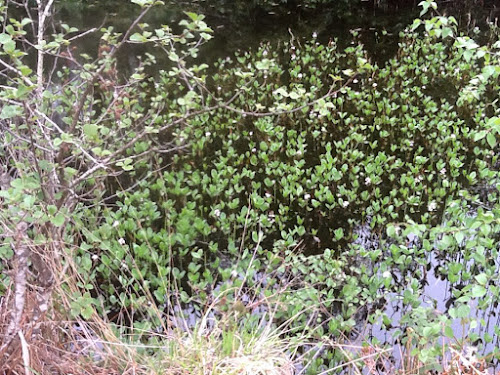 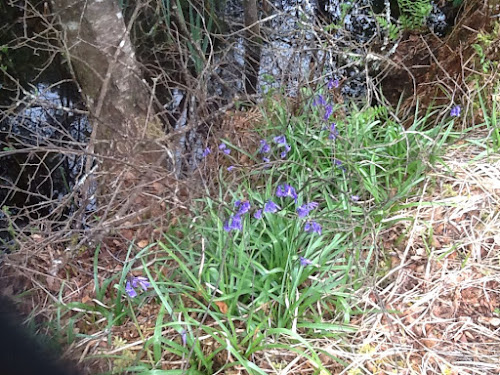 and I watched frogs jump here, and starting to wish I had brought my 'real' camera with zoom lens. 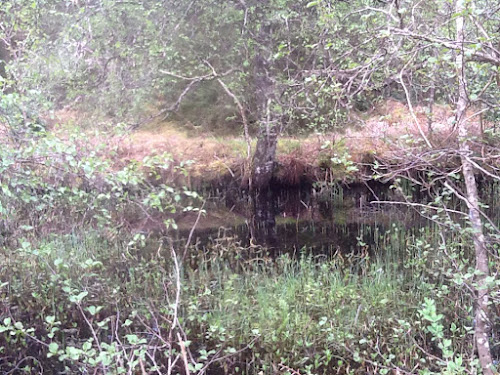 More path, and this is a long one. If there were more people I do not think we would have done this route. 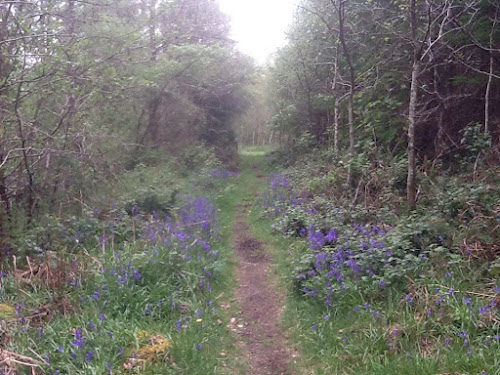 Then to the west, where the canal goes back into Lough Key there is a very mature coppiced Oak. Church Island just to the right that was lived in by breakaway monks from Boyle Abbey who believed their church was breaking too much from old ways and getting too linked to Rome. 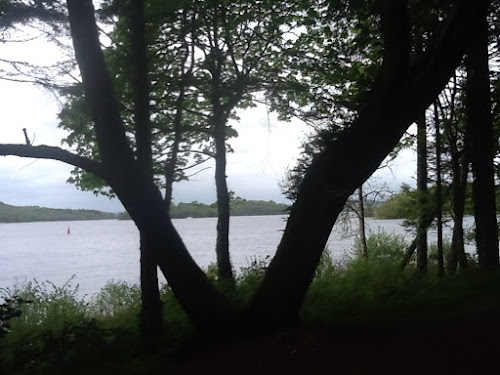 On the West side of the forest here no bluebells but carpets of wild garlic ... 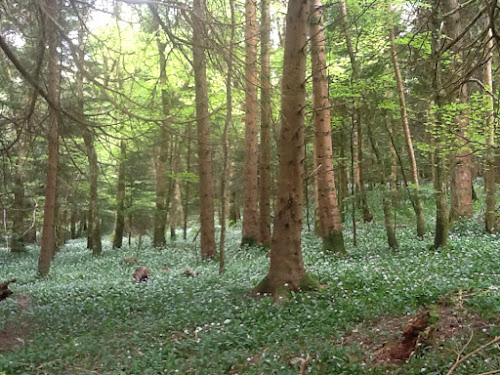 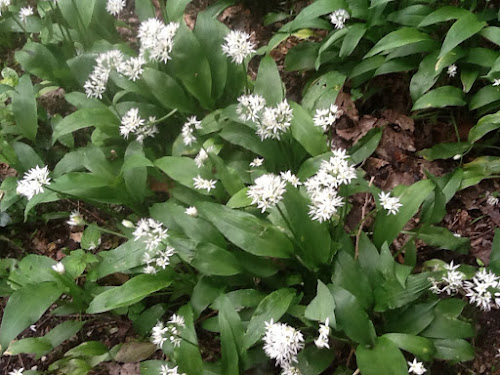 Lines of sentinel trees that look like coastal redwoods but I believe they come from the Middle East somewhere ... 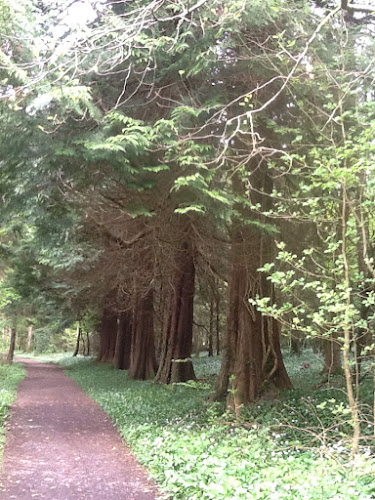 The bridge to Drumman's Island ... 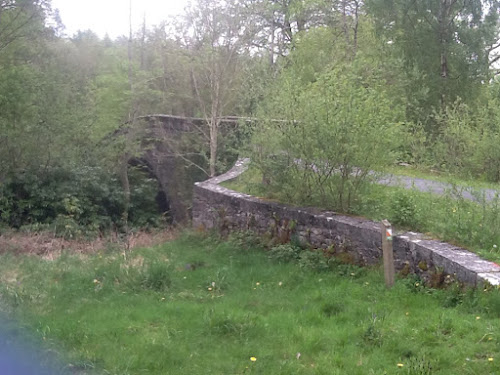 The path to the Bog Garden, the original destination is close to here, but Coleston was ready to eat and have some tea. His was a good idea really.

One more stop by some cedars ... 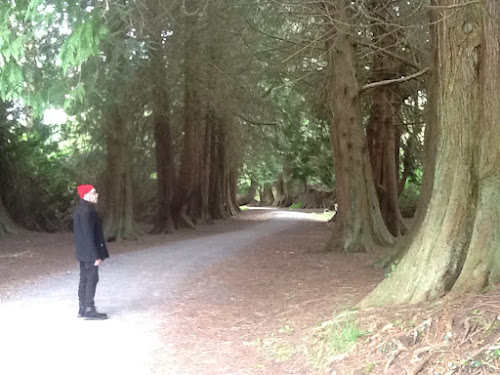 Then a few minutes later back to the car for tea and home made veggie pasties .. 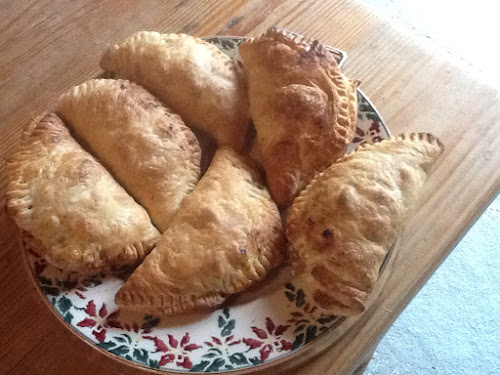 At the car, well after 6 pm. We had been strolling for over 3 hours.

The rain also started now. We were lucky to have comfortable weather and no midges.

Despite my reluctance to be in Lough Key Forest, I now want to return mid week to investigate more that we left out on this walk.