Bards A Plenty Among The Serene Of Milltown 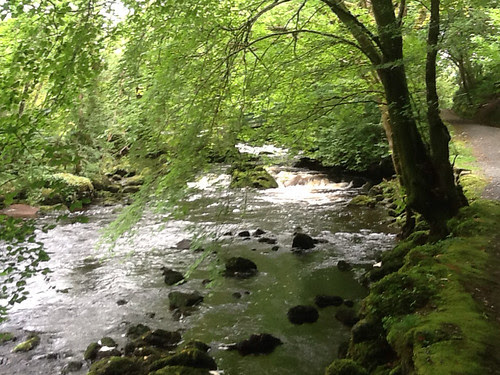 Ahh, Milltown Community Woods, with the serenity that made Johnnie Lawson famous through over 9.5 million views on YouTube so far. It really does sound an look like that video. So we set off ... Just a few of us to start, but numbers do increase later ... And here we are by the spot where Johnnie Lawson filmed his famous mammoth video ... Here is the Johnnie Lawson 8 hour video with almost had 9.5 million views so far, and it does look and sound like this when you are here. View this reminding yourselves that you could have been here with us among this live :-) Over the bridge we go ... View from the bridge upstream ... Bee enjoying her surroundings ... George and Violet appear at the top of the steps to join us. ... Arrived at The Salmon Hole which is this and we had our first bardic session here starting with George and moving on to our pro poet present, Stephen Murphy. Eventually, I will slip in video clips of their mome
Post a Comment
Location: Amorset, Co. Leitrim, Ireland
Read more
More posts